As the days are passing and the number of photographs required gets ever larger so the challenge gets ever more difficult. For todays images I decided to set a theme based on viewpoints and split the images into two categories – ‘looking up’ and ‘a worms eye view’. I decided to head over to Sizewell beach as it was somewhere I hadn’t been to for a while and I thought it contained a good variety of subjects.

Sizewell is a traditional fishing hamlet built around the beach and which now sits in the shadow of the nuclear powers station. Despite the rather somber nuclear buildings the beach is an attractive place with plenty of characterful buildings, a variety of fishing boats and some shallow sandy dunes which back the predominantly shingle shoreline.

Once again I found that the sun had deserted me and the morning was quite overcast. As a result I have used a mix of colour and black and white for my processing.

For my first shots I used a wide angle lens and focused on some of the boats on the beach. 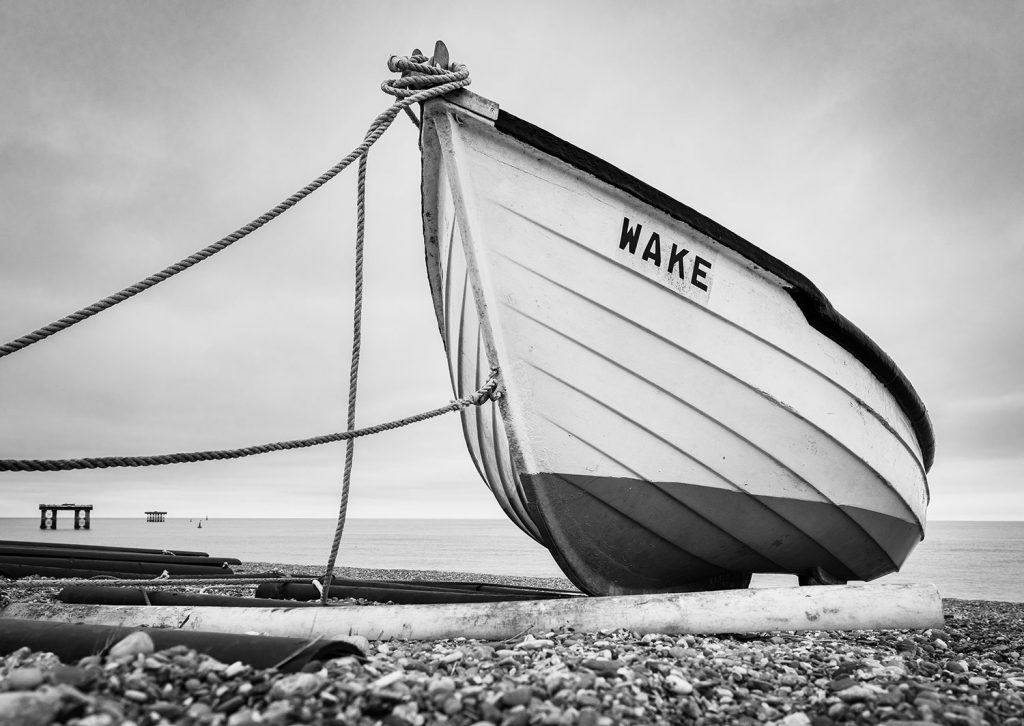 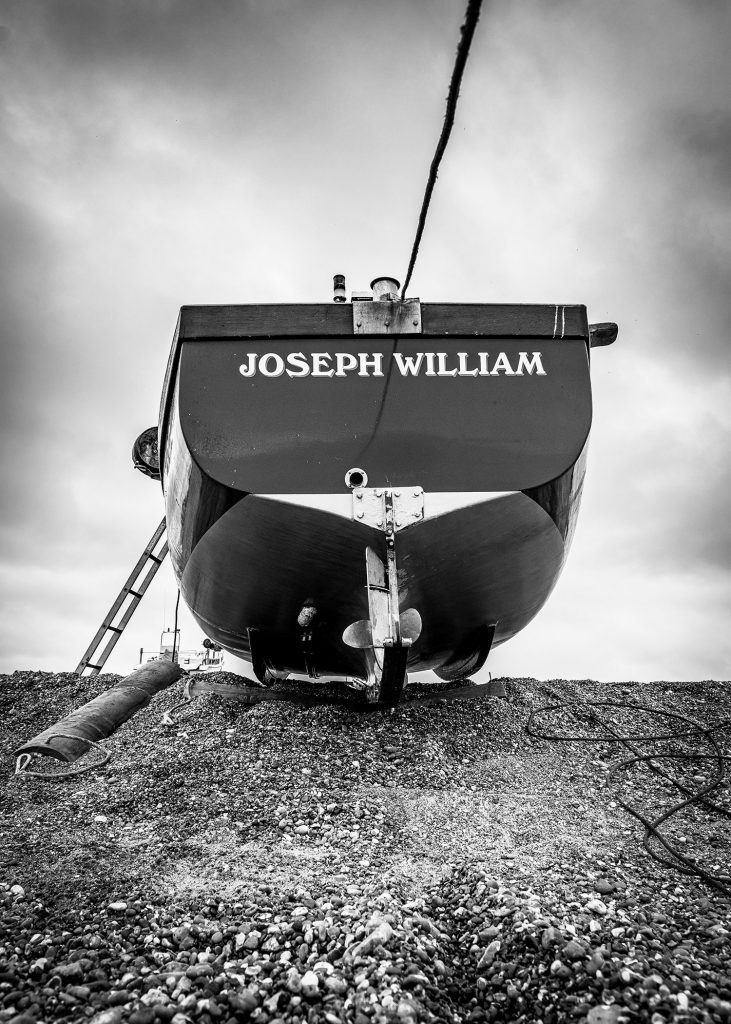 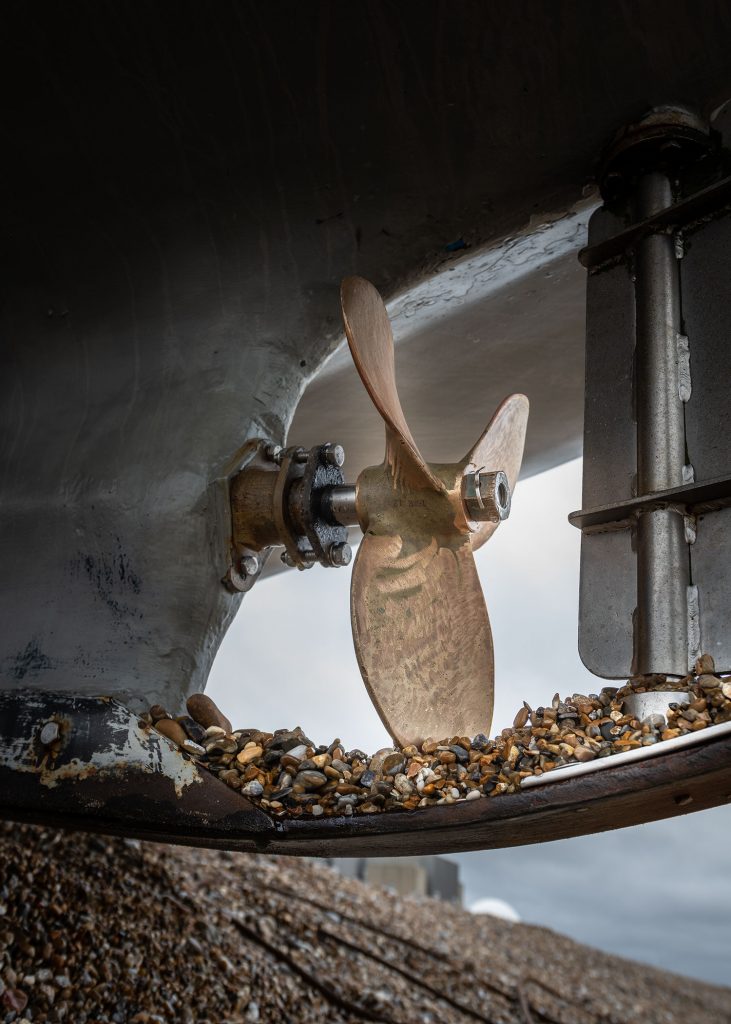 At the back of the beach there are piles of lobster pots, ropes and floats which I thought would also work with my ‘looking up’ theme. There are also a variety of ramshackle huts and a black and white building with a triangular shaped window. 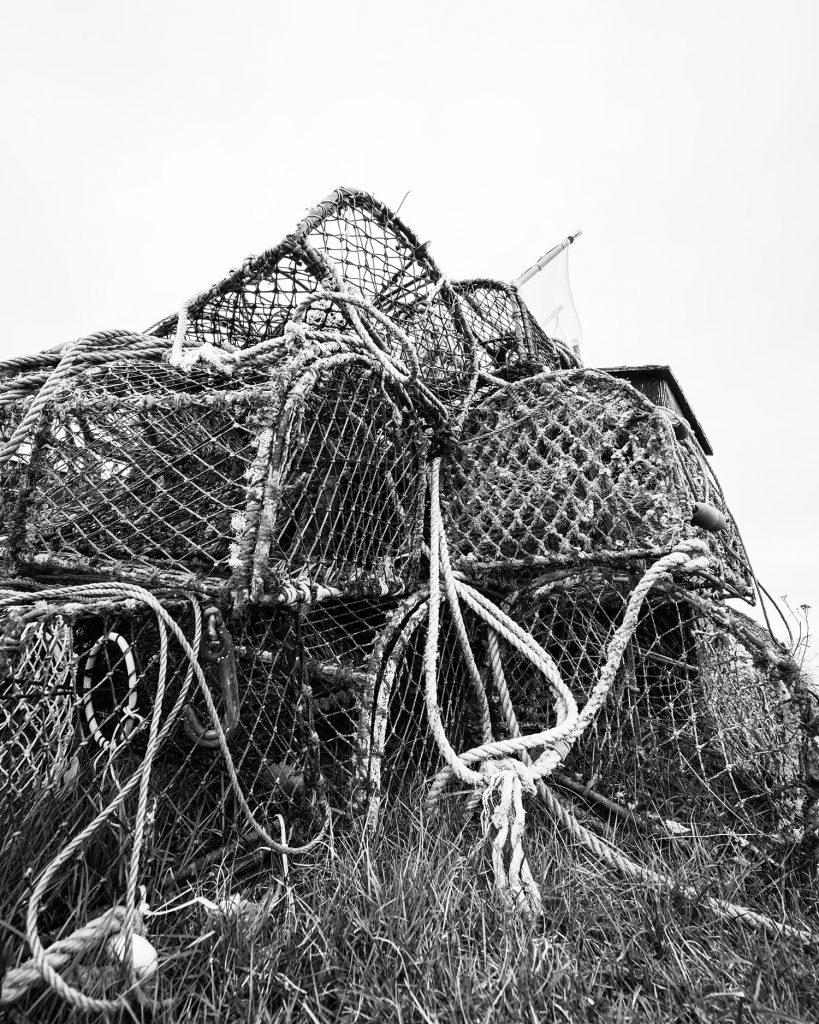 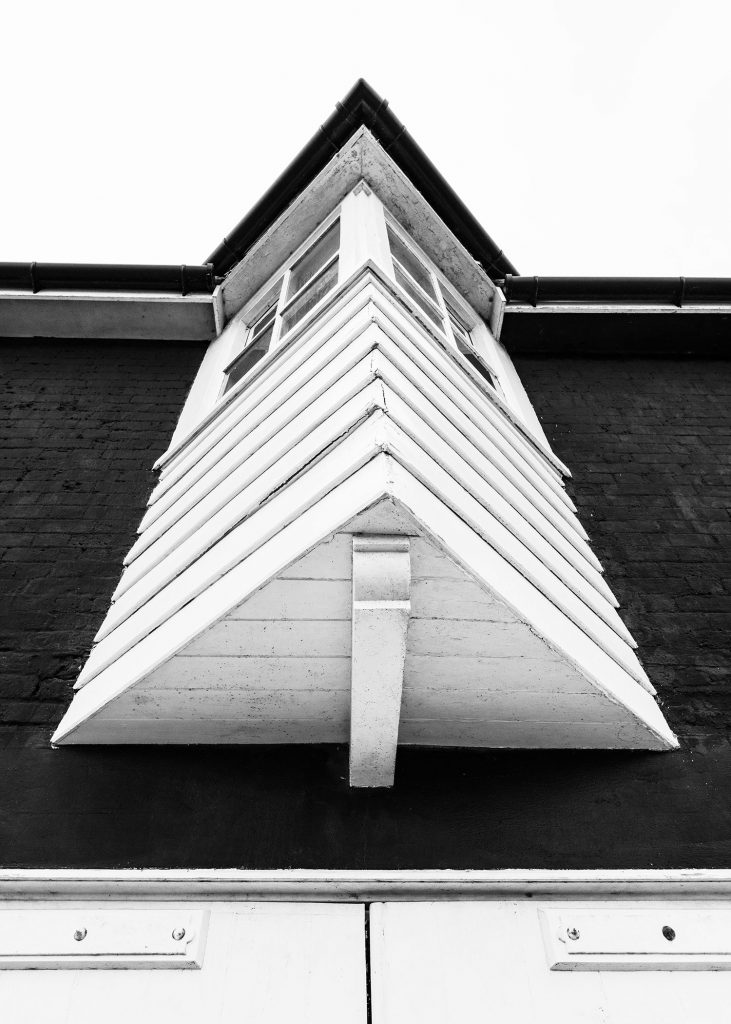 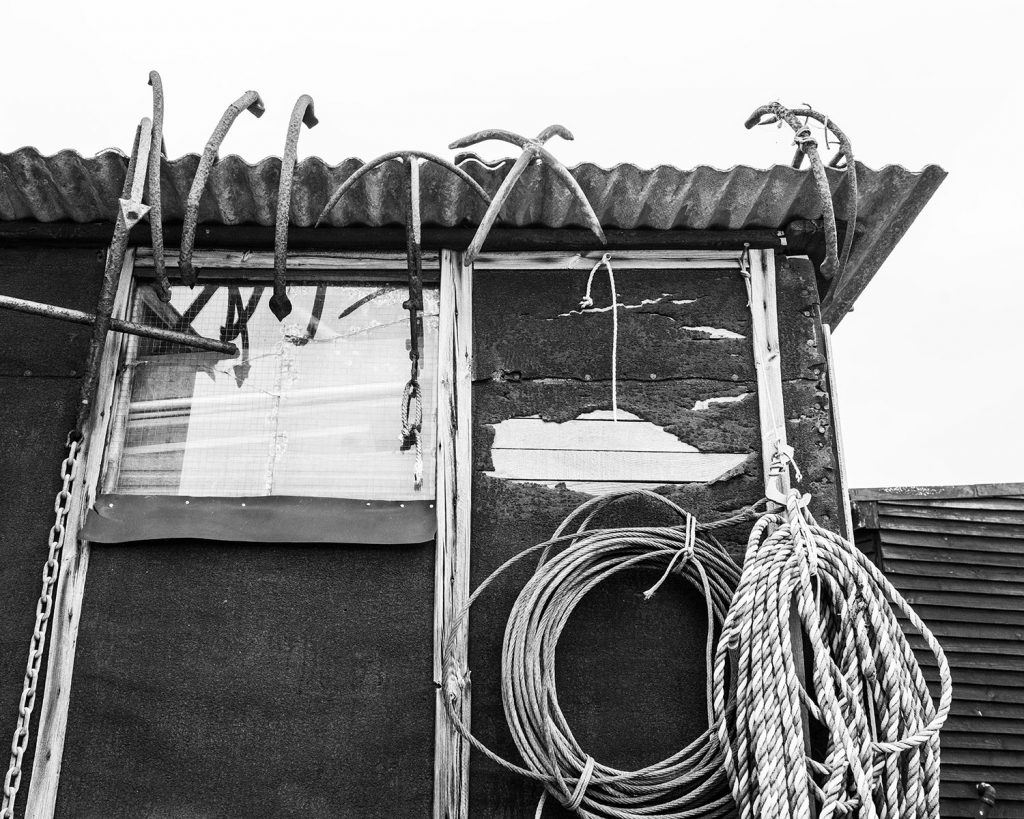 A little further along the beach from the huts is a concert pill box sitting on top of the cliffs. I used this in my next image and made a composition around the marram grass and the gorse which grows prolifically at the back of the beach. It was the tones and textures that attracted me to this composition. 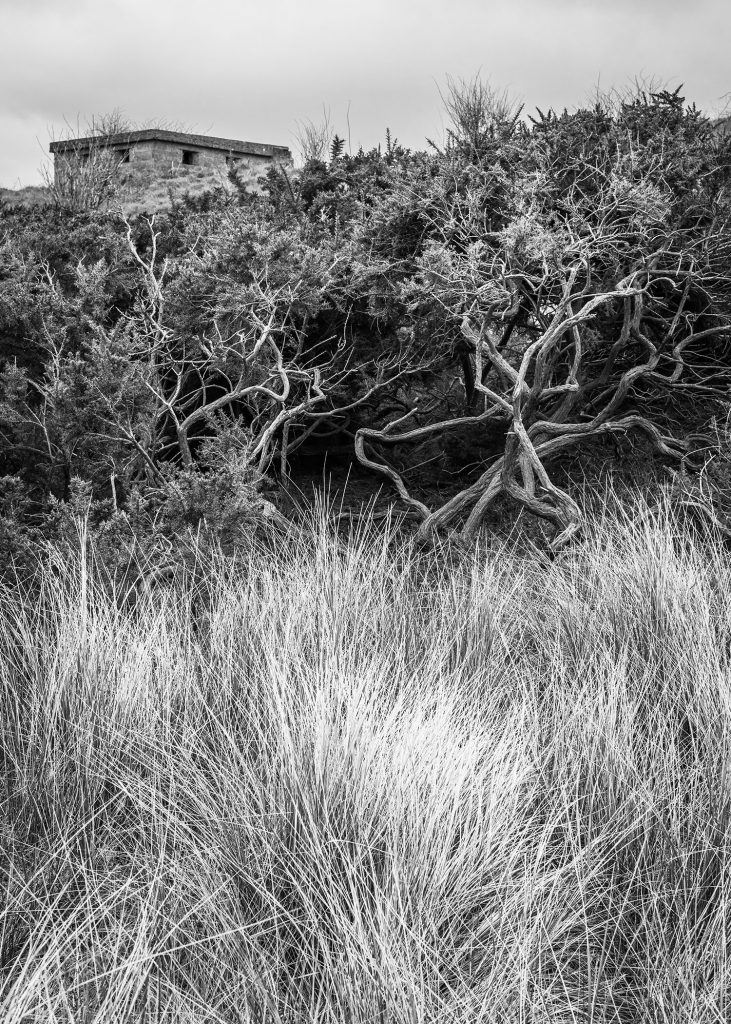 Moving back towards the power station I headed to the shore line and shot along the beach with my 70-200mm lens looking up over the ridges of shingle. This technique also worked well with the life belt which is situated by the car park. 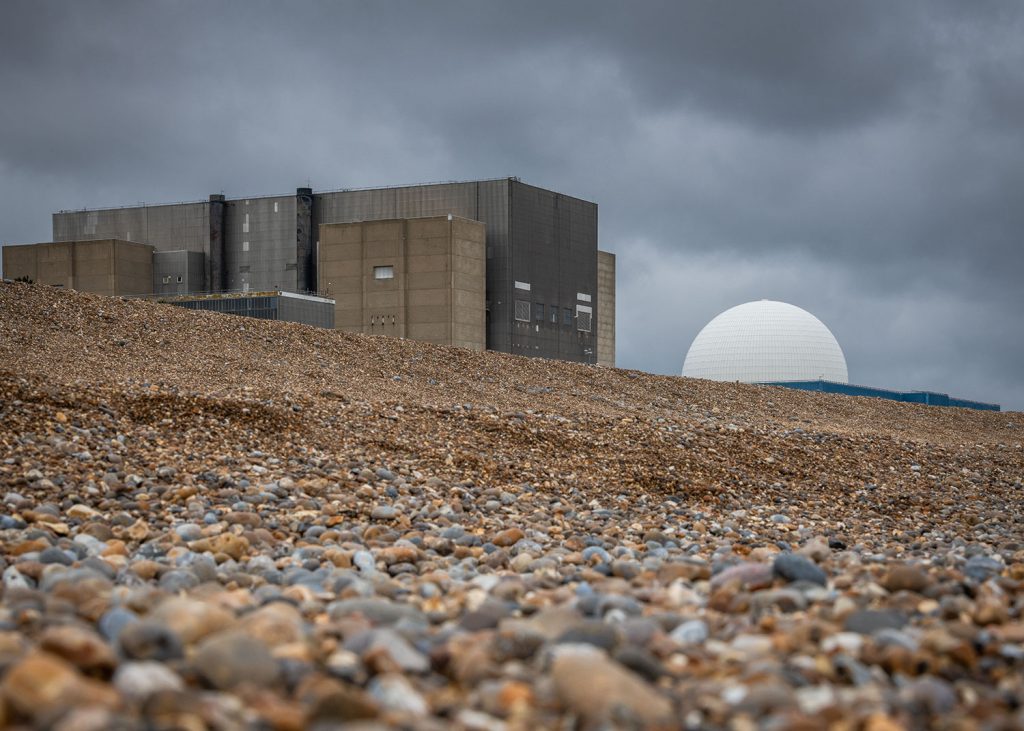 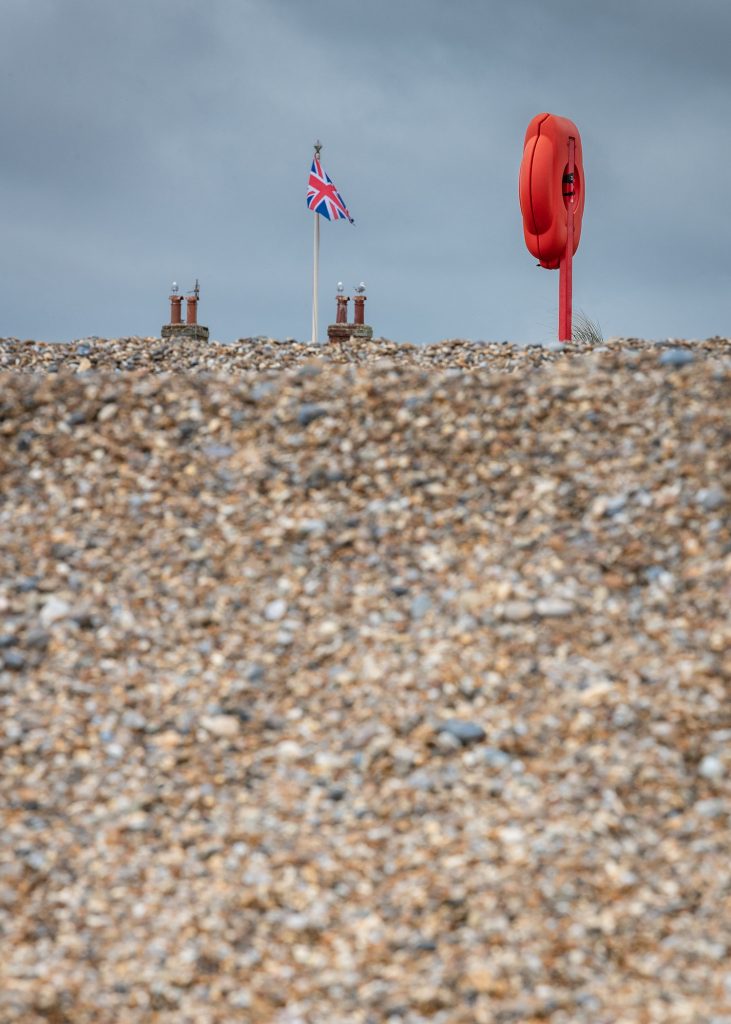 I then turned the camera out to sea and focused on the cooling towers which I shot from the bottom of one of the shingle ridges, looking up to obscure the water entirely. 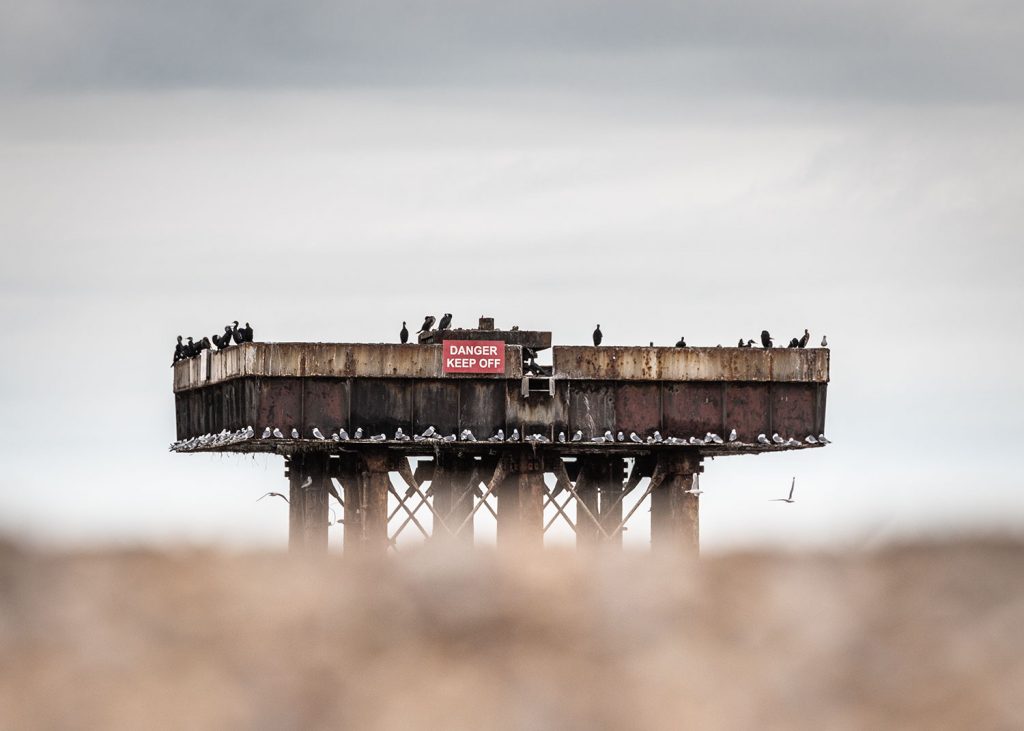 For the next part of the challenge I looked around for some shots taken from the lowest viewpoint I could find – these are my ‘worms eye’ shots. These shots are taken with either a 24-70mm or a 70-200mm lens. My idea was to focus in on a subject and zoom across the foreground creating a sense of depth. I have used quite a shallow depth of field in many of these shots which I think emphasises the really low viewpoint. 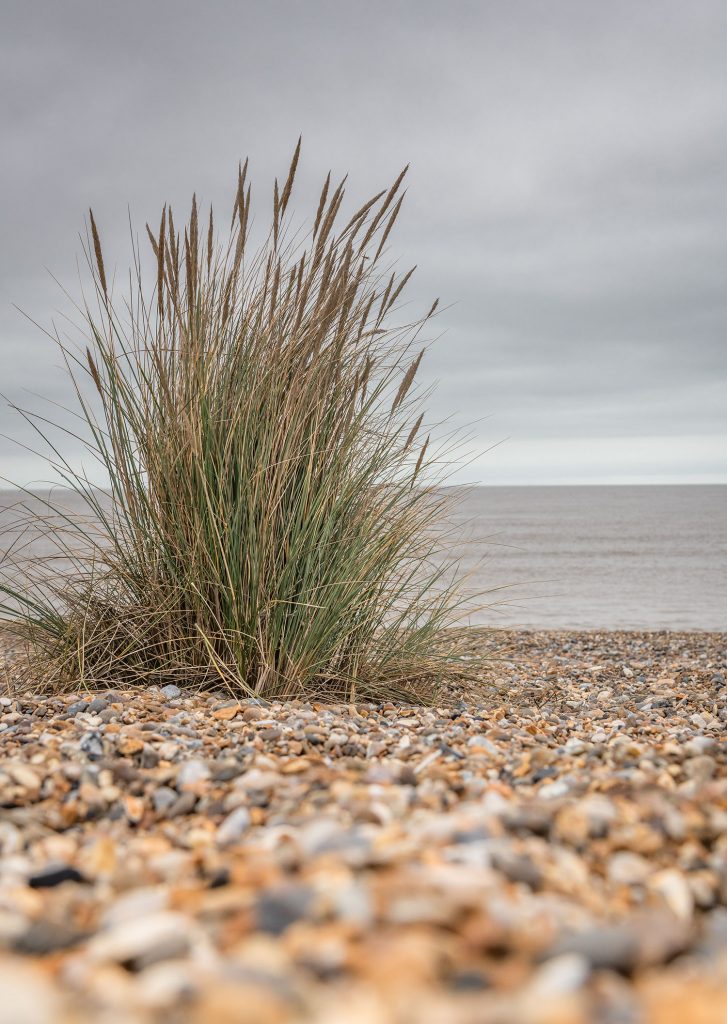 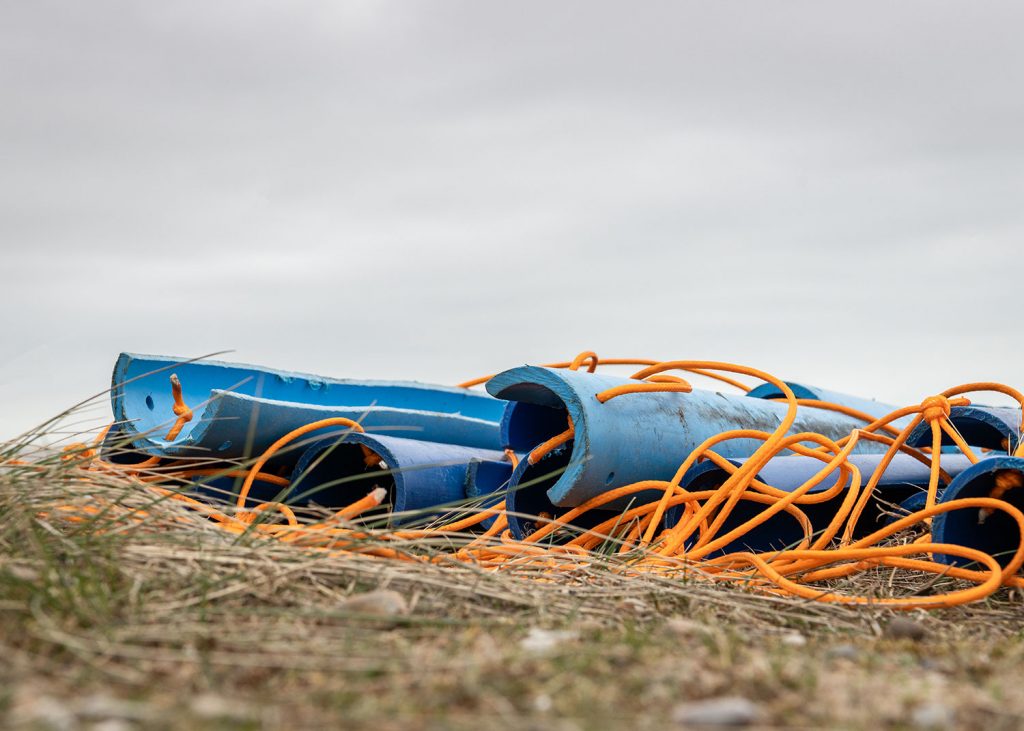 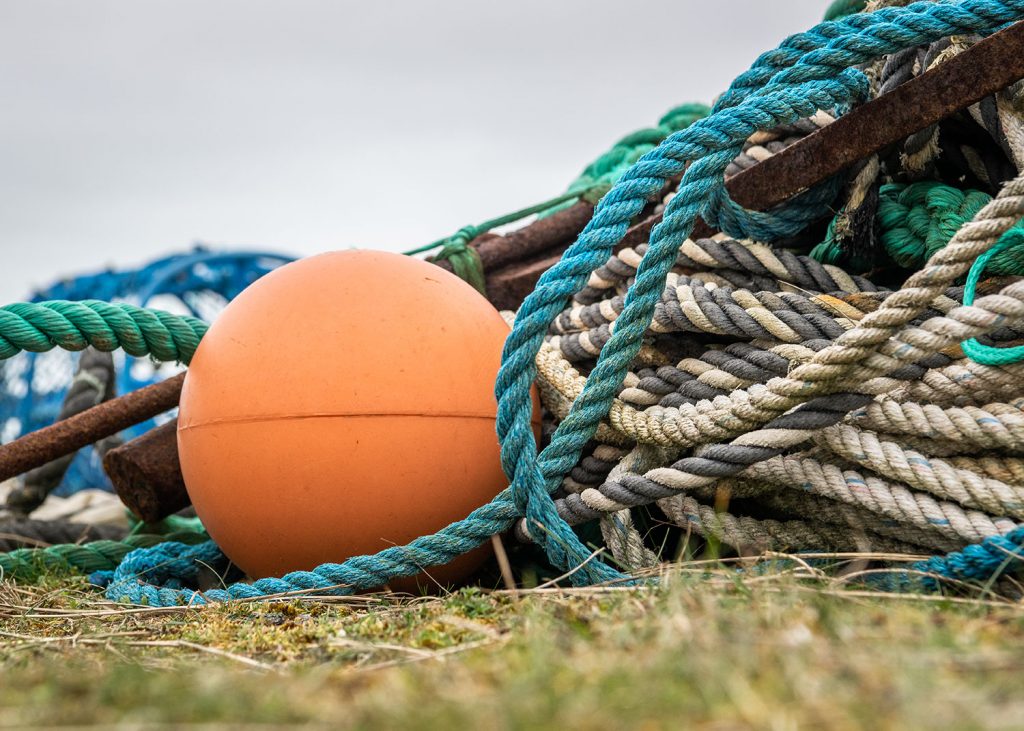 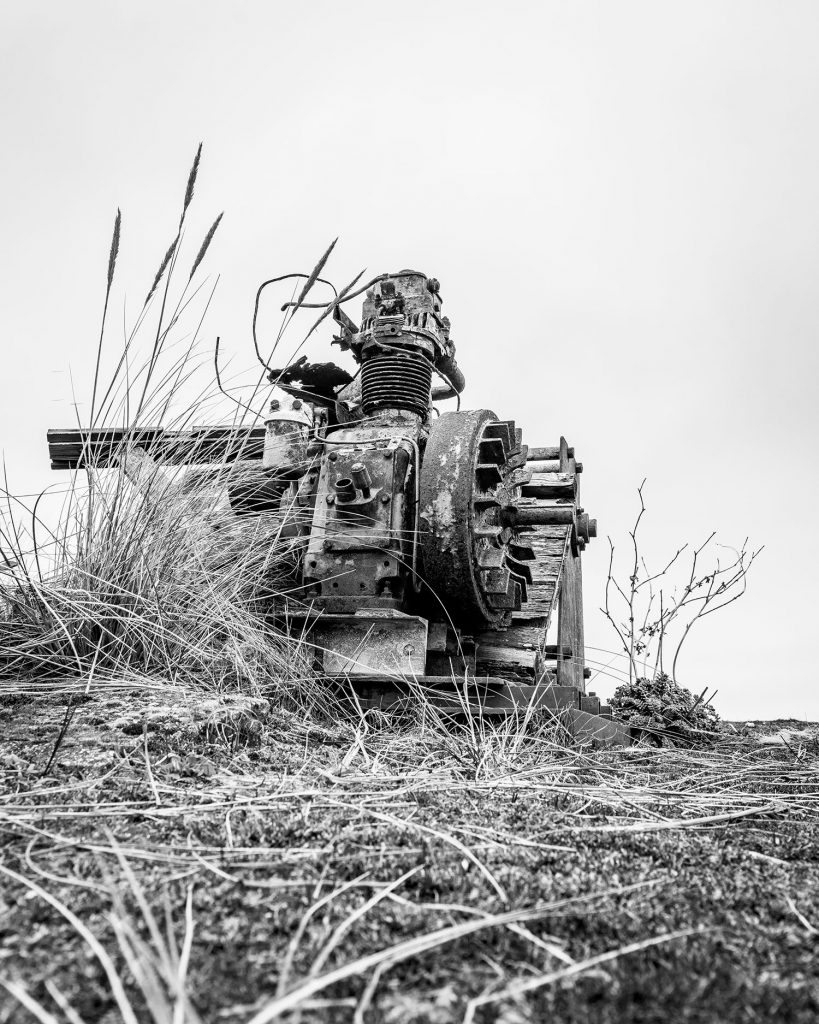 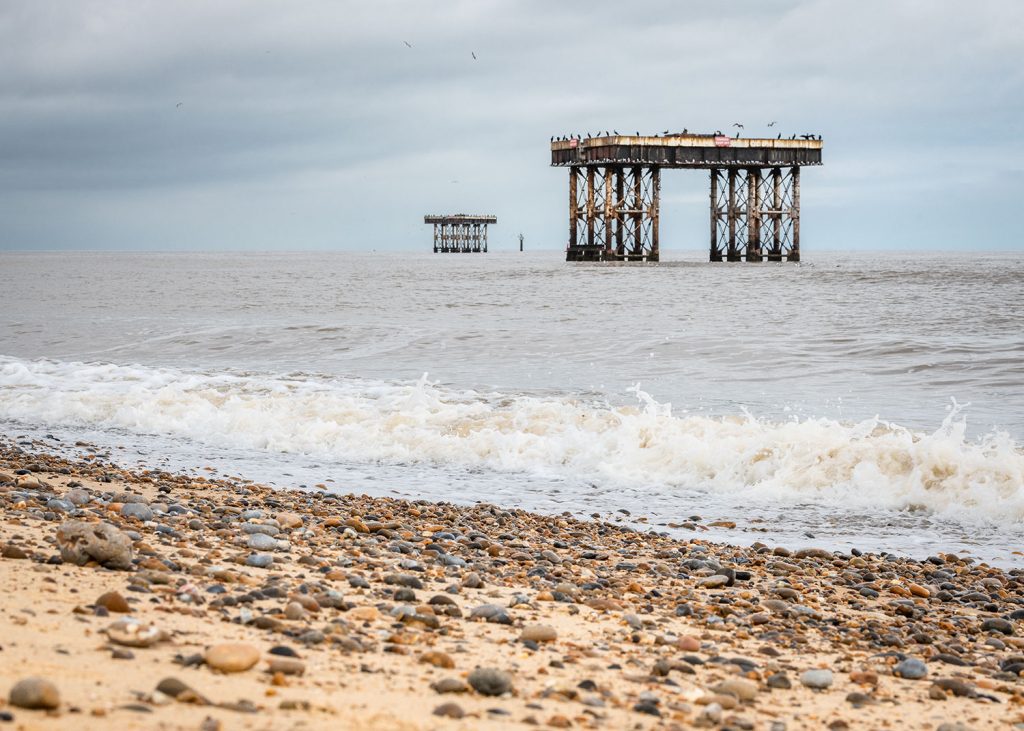 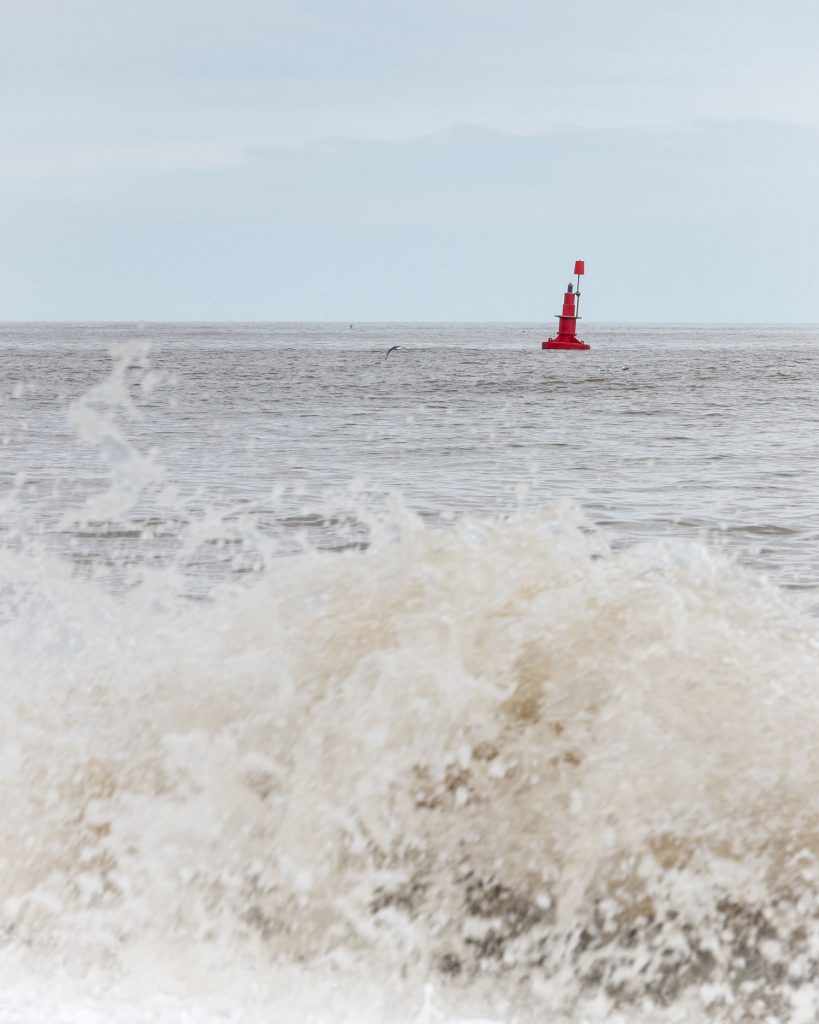 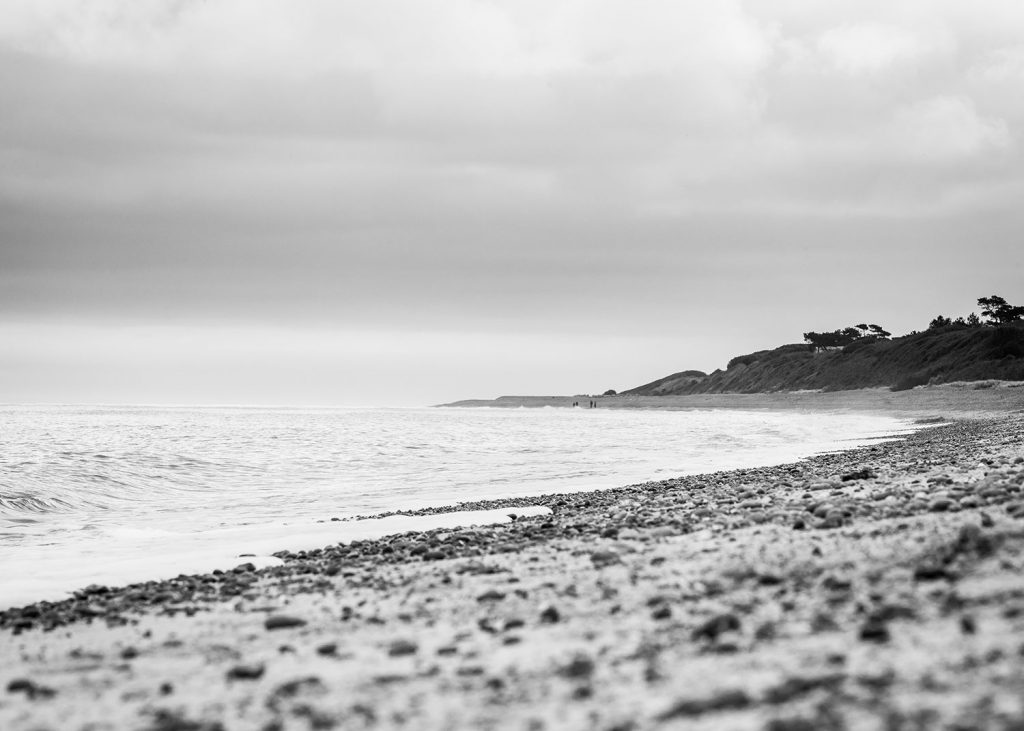 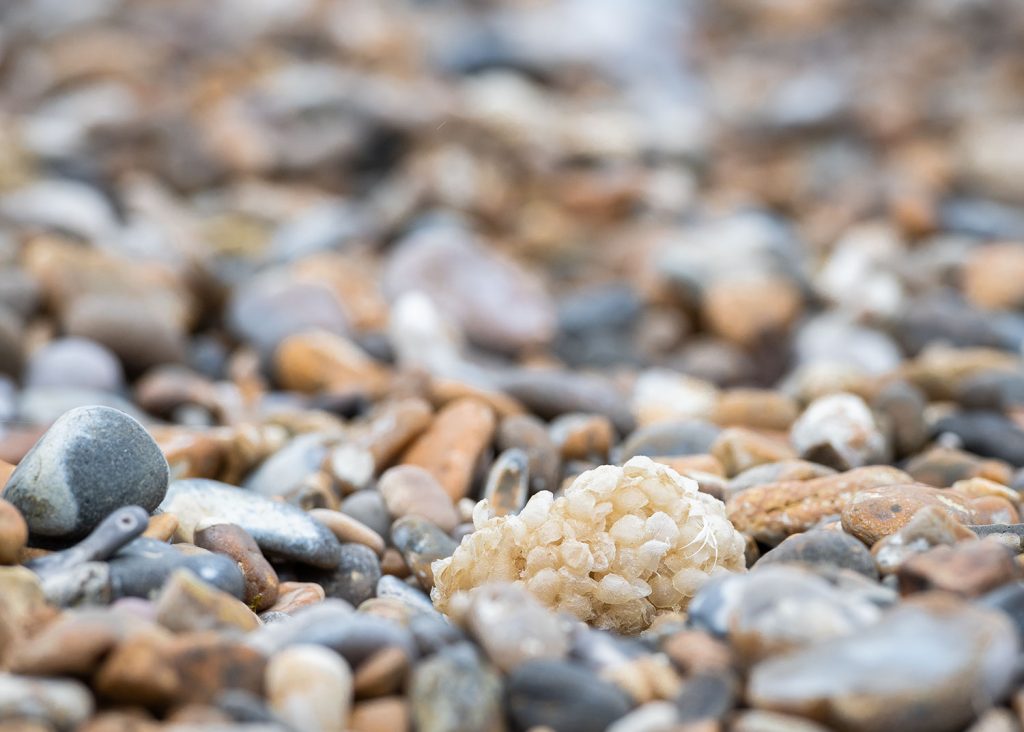 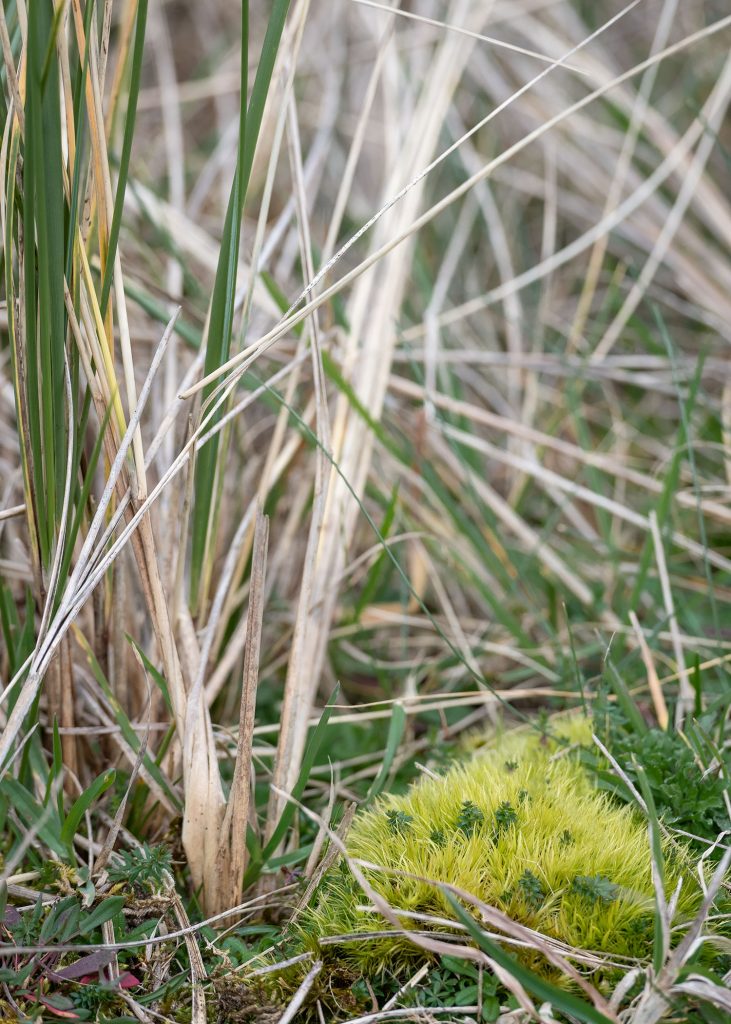 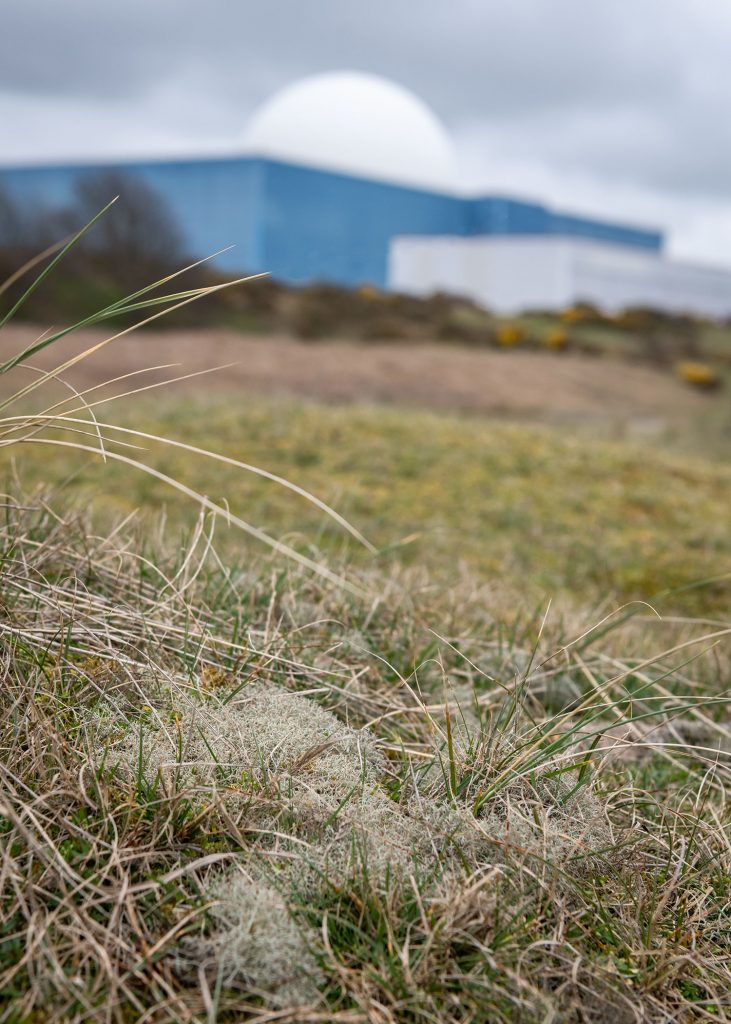 This was a really interesting challenge and it has produced a range of shots that I wouldn’t normally have considered. Although they might not be my normal style they were fun to capture and definitely made me think more about different possibilities.