Today dawned quite stormy with strong winds. For todays images I wanted to go somewhere where I could get the most from the elements and decided that Shotley Point might be quite interesting.

Driving down the hill into Shotley Point the wind was whipping across the Stour driving white horses into shore, but pulling up in the marina the conditions on the Orwell were much calmer. Fluffy clouds were scudding across the sky and the light across to harwich was lovely. My first image was a shot that I decided to process in black and white as I thought this treatment suited the mood much better. 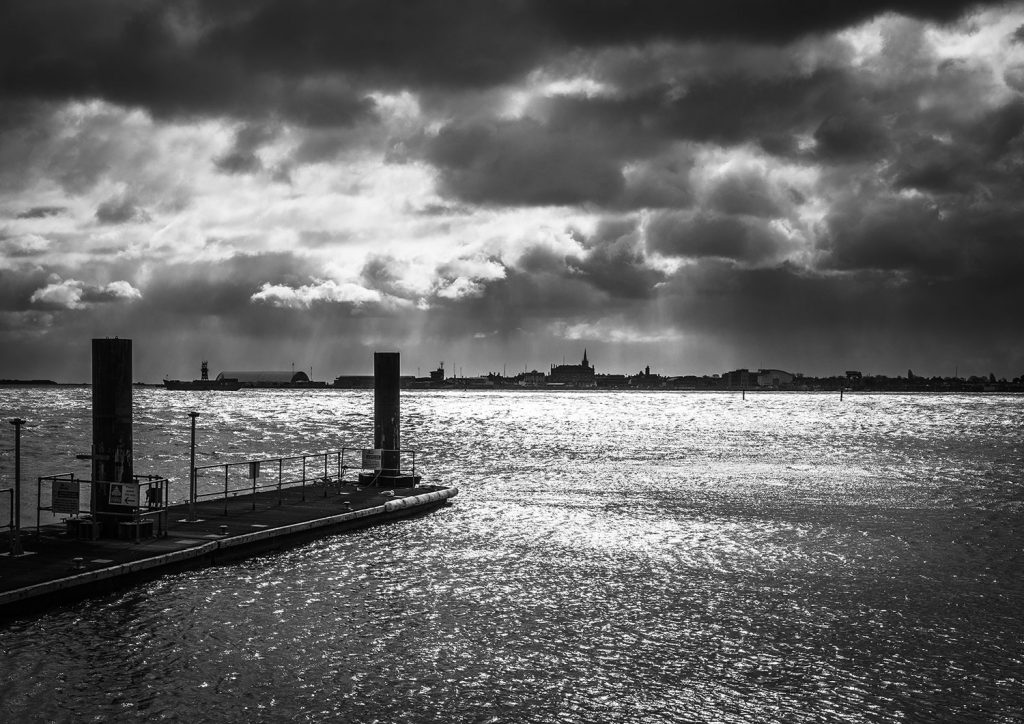 I crossed the lock gates in the marina and decided to walk along the beach. The tide was on its way in and the encroaching water was forming interesting patterns as it covered up some of the higher parts of the beach. 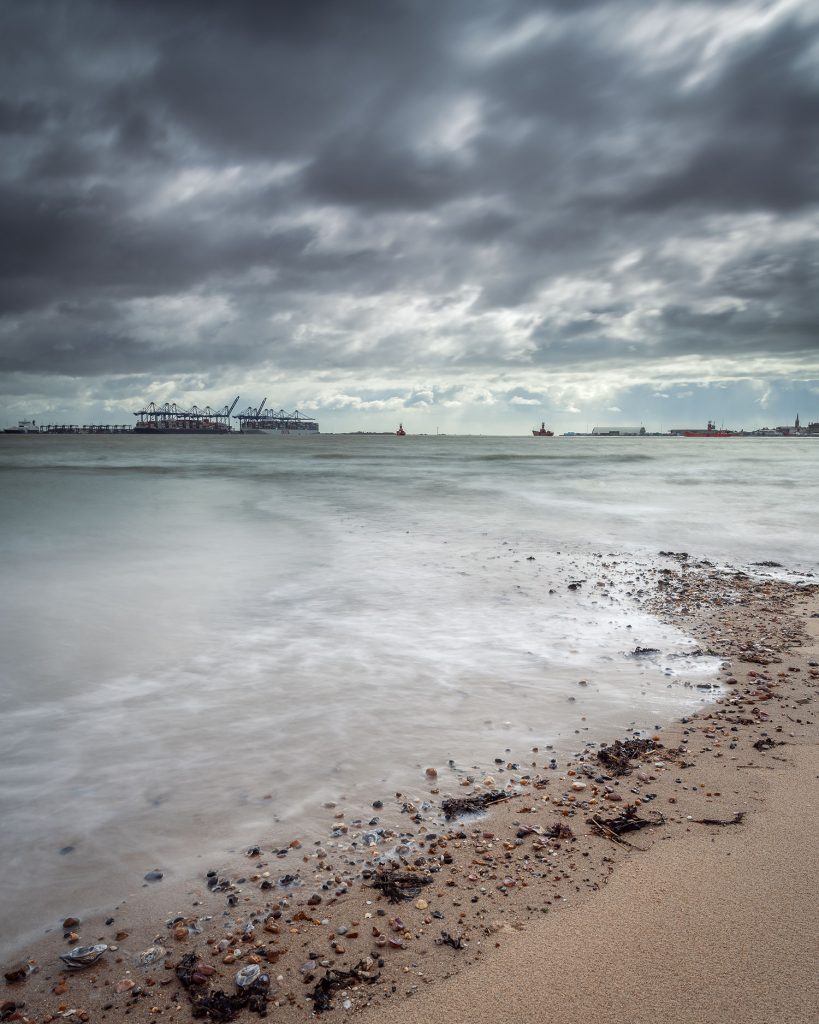 There is something about boats in a marina that I just can’t resist and my third shot had to be a view along the marina back towards the lock gates. 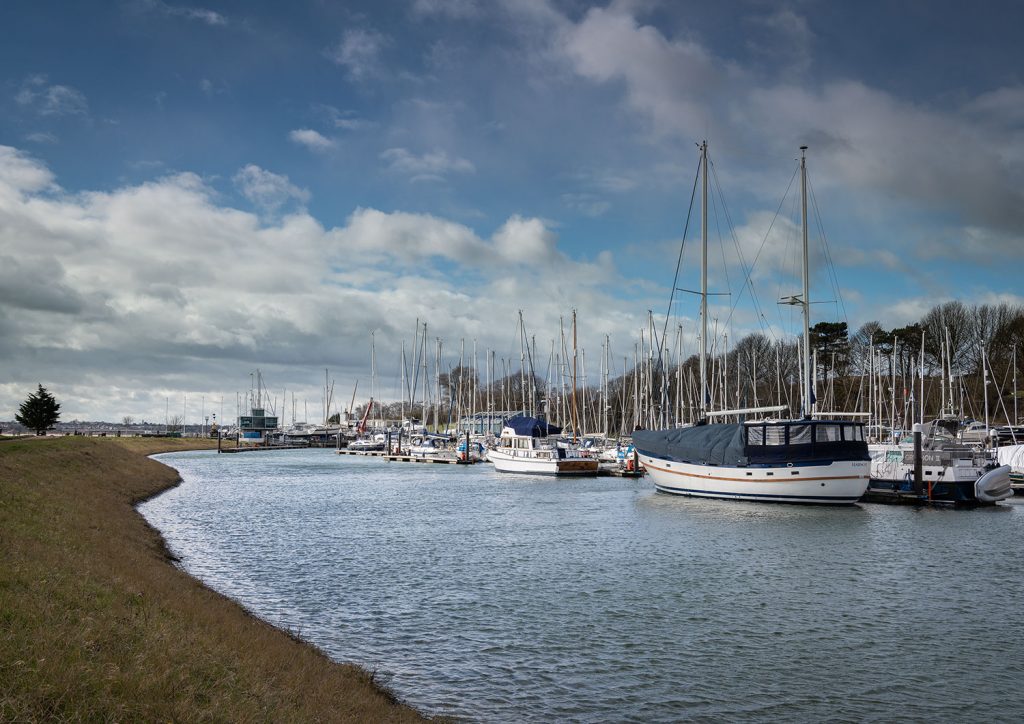 At the end of the marina the footpath heads north towards Pin Mill. For part of the way it is possible to walk along the beach on the edge of the salt marsh. As the storm clouds rolled in the light along the Orwell was lovely.

I couldn’t help noticing that this part of the beach was full of shells. There were lots of different varieties but my favourites were then Oyster shells. My next photo features a group of three shells all closed and bound together. 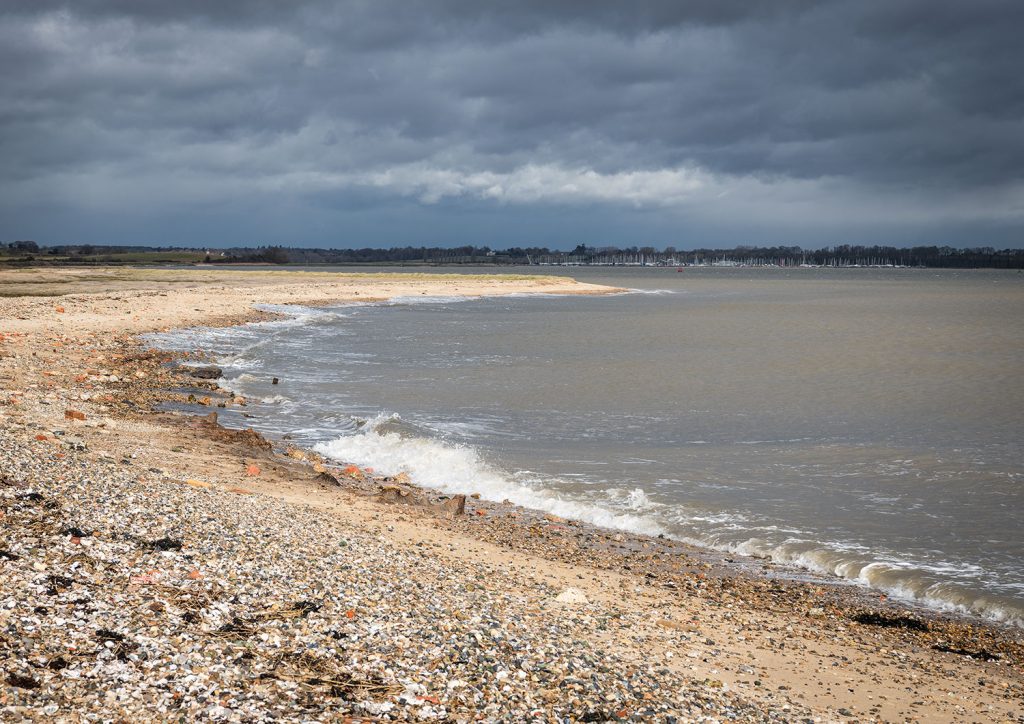 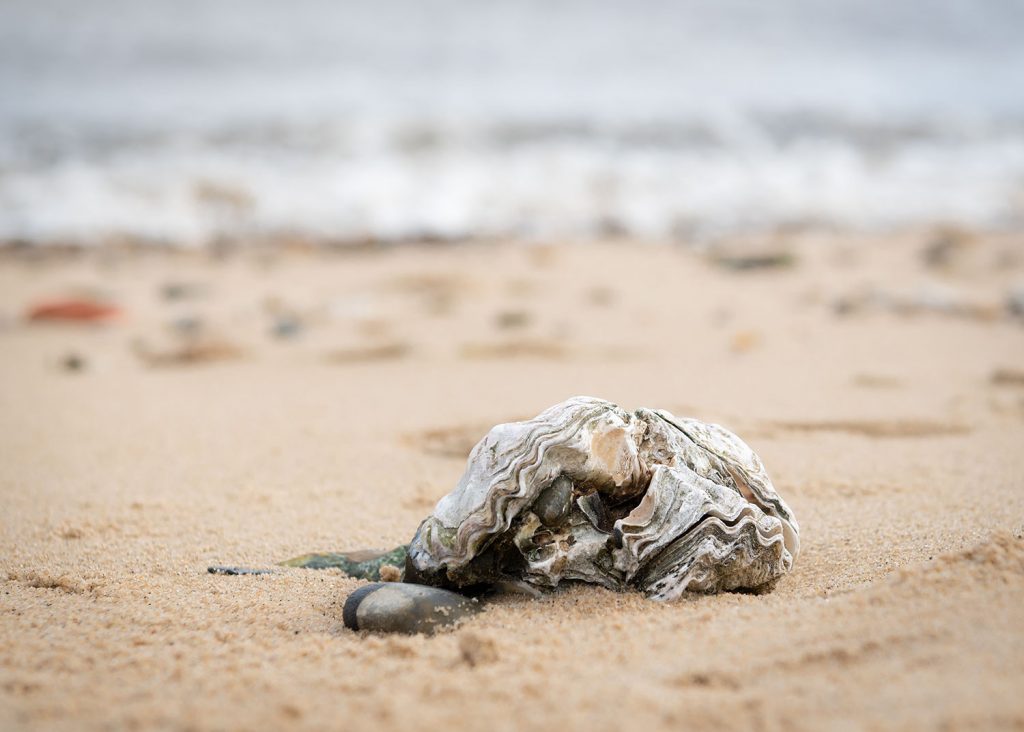 The views from this part of the beach back across the salt marsh were lovely and would work really well on a still day when the cranes of Felixstowe Docks would be reflected in the pools. Unfortunately the wind was so strong today that it was difficult to stand still at times. 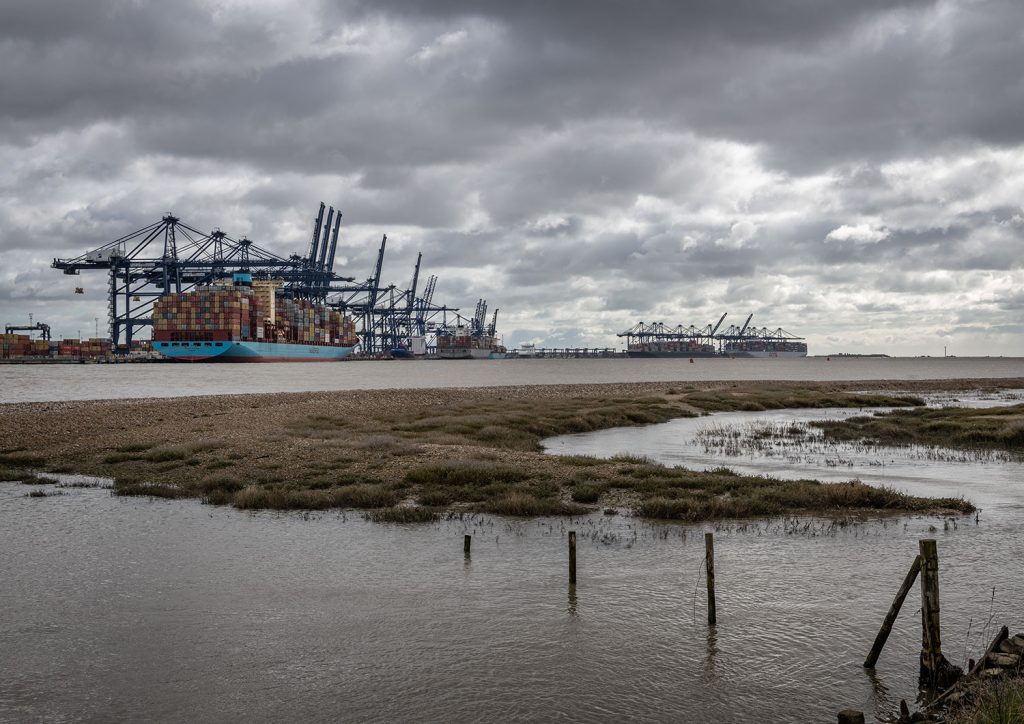 As you travel further along the Orwell there is a small bay near Cranes Hill which is full of old posts standing in the mud. They are clearly the remains of some long ruined structure but they are quite interesting at low tide. Today they were almost fully covered by water. The salt marsh here is very interesting and was full of Brent geese and flocks of turnstones, redshank and oystercatchers. There are slow good views along the river towards Levington Marina. 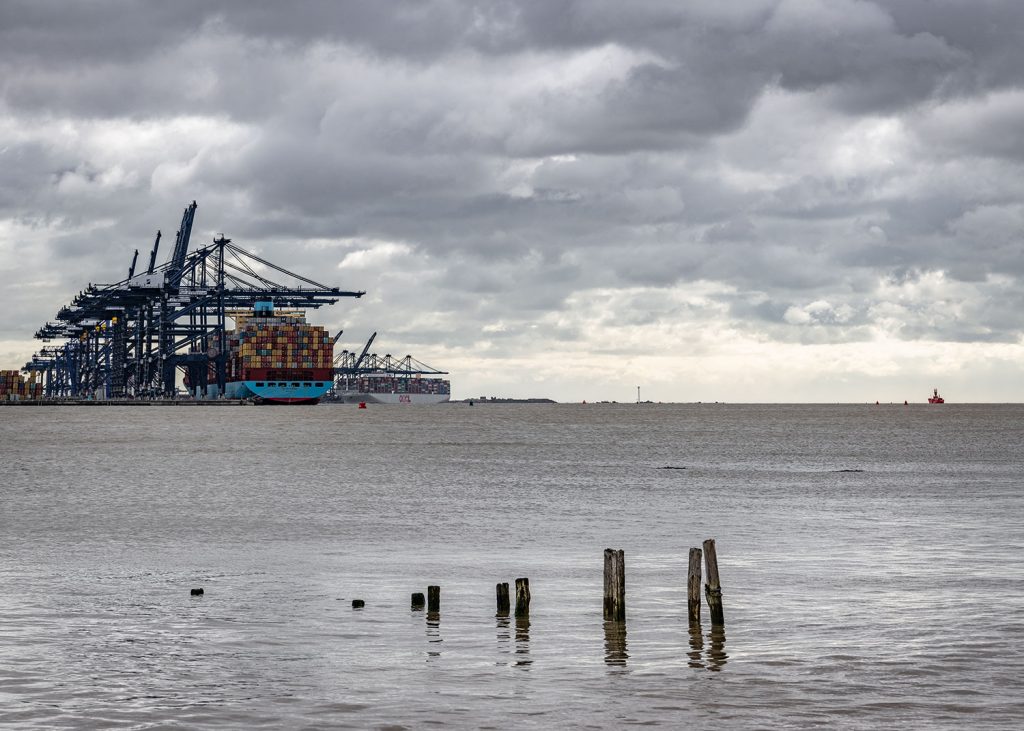 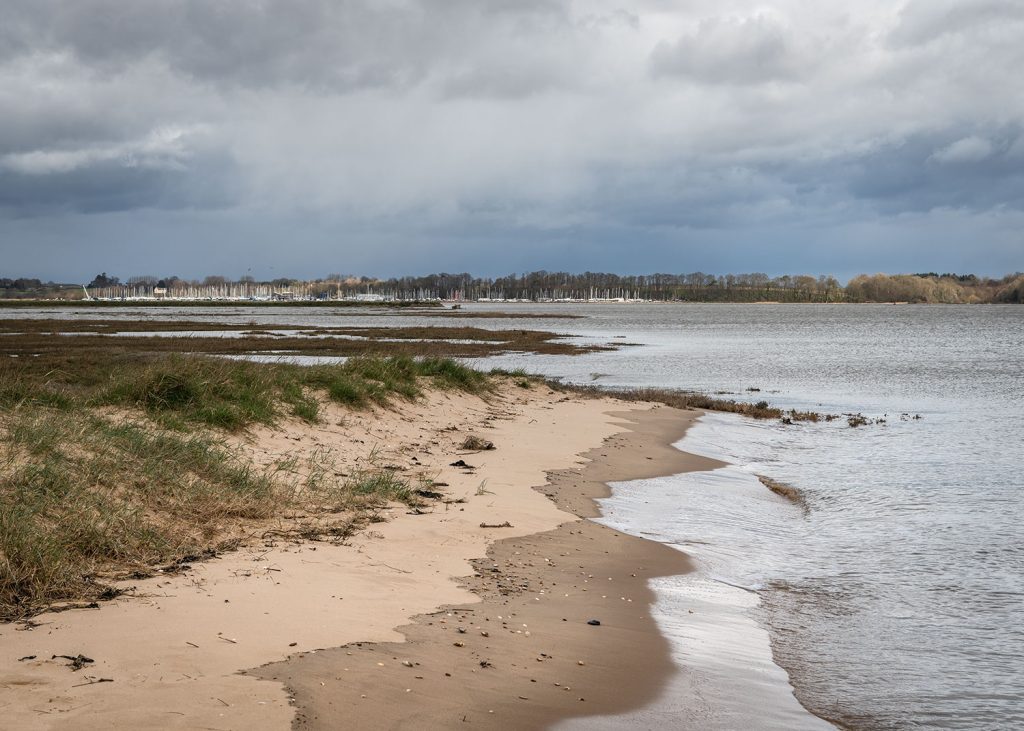 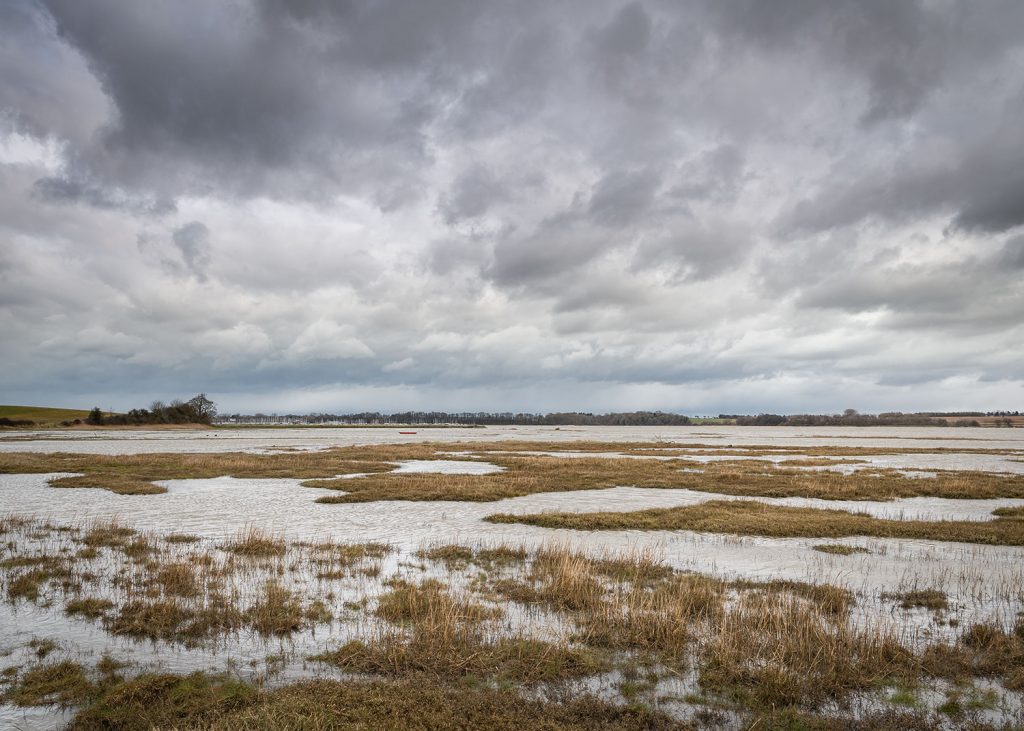 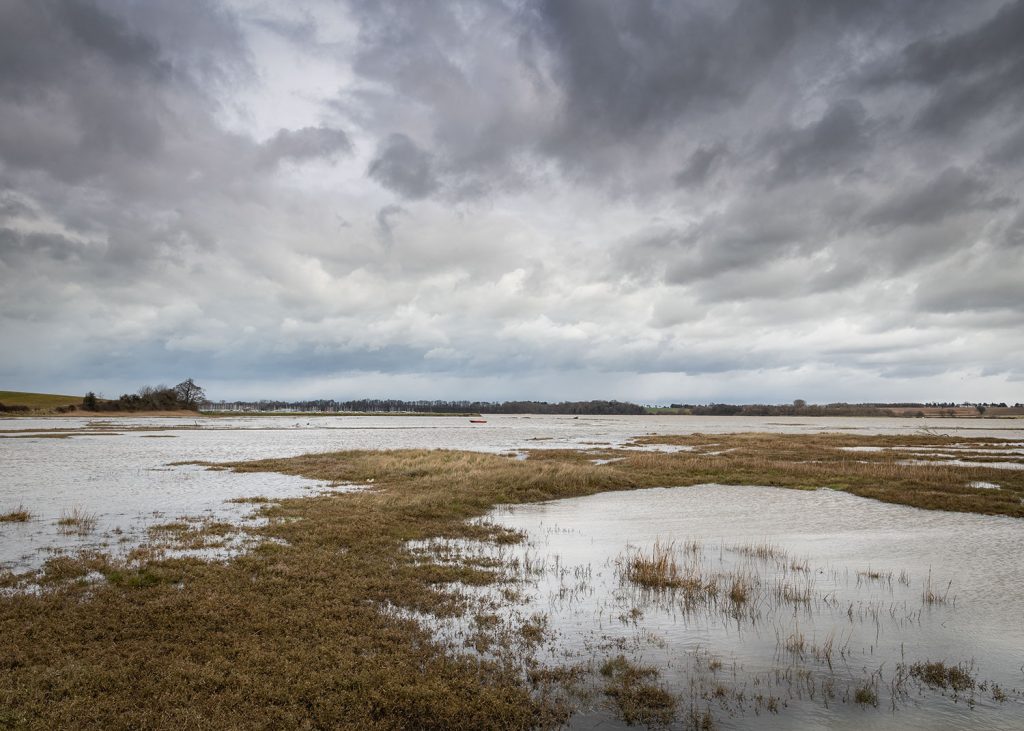 The image below shows a shot across Shotley Marshes looking towards Cranes Hill. There is a lovely circular walk featured in my walking book which takes you up to Shotley Church which is worth a visit for its Commonwealth War Graves. 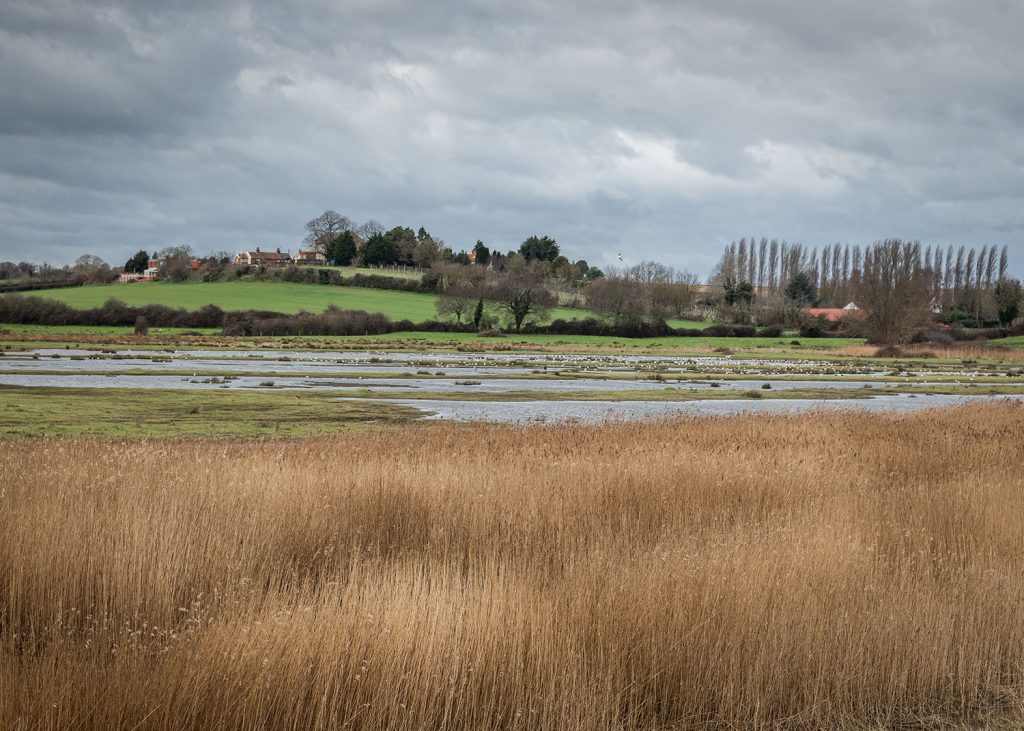 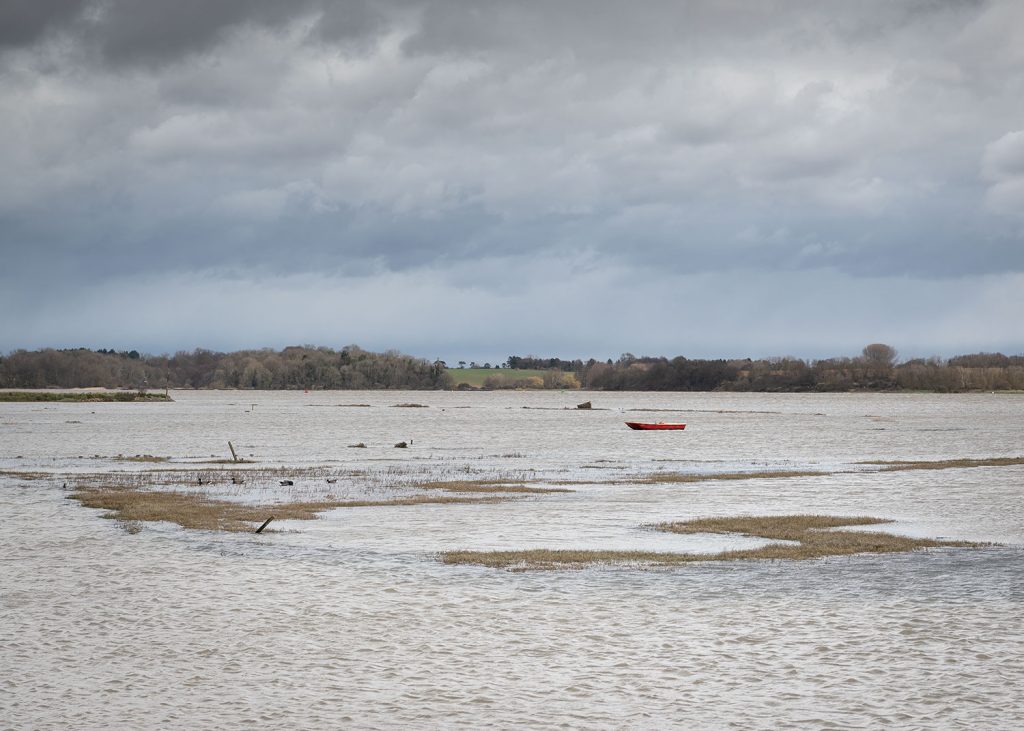 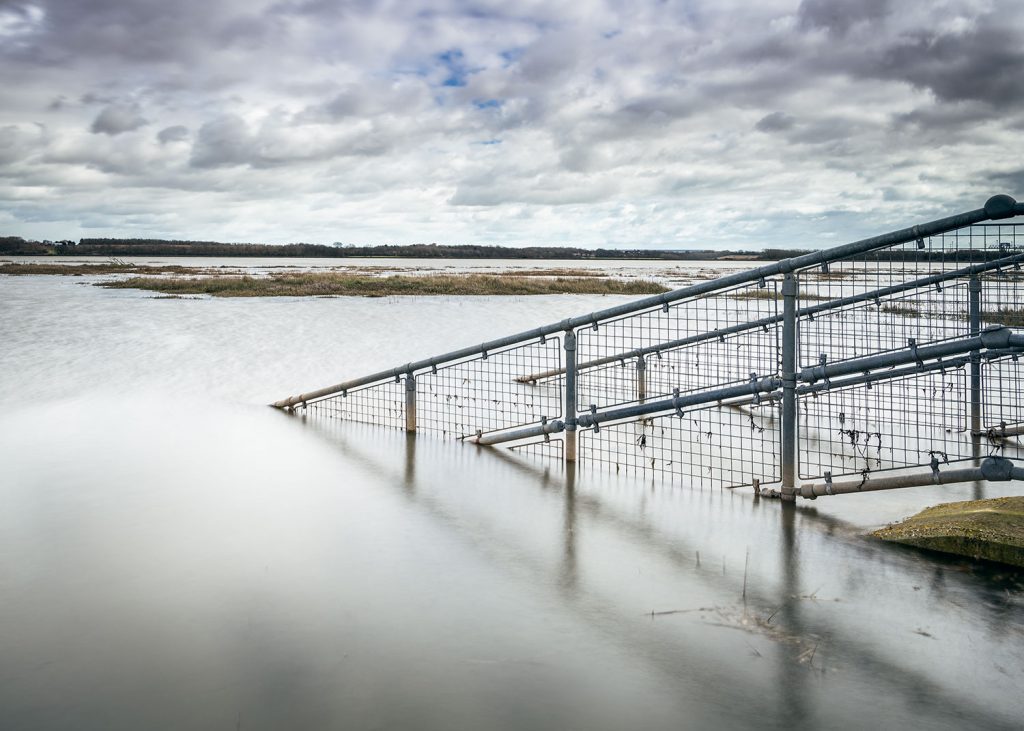 Despite the windy weather and scattered showers I really enjoyed my walk along the Orwell. It was surprisingly quiet for a stretch off water which is just a short distance from England’s busiest port and full of wildlife. It is also the route of the Arthur Ransome walking trail which runs to Pin Mill and is definitely worth exploring for anyone who enjoyed the Swallows and Amazons books as a child.