Today I was prepared for the grey cloud and overcast conditions and decided that instead of moaning about the lack of sunshine I should just get outside and make the best of things. After all this challenge is supposed to be about spending time outdoors and connecting with the landscape rather than stressing about the quality of my images (although obviously I still stress about that!)

For my challenge today I decided that I was going to revisit the woods at Staverton with the aim of celebrating my favourite tree – the Silver Birch. Known as the Lady of the woods or the goddess tree the Birch was symbolic in Celtic mythology and came to represent femininity, grace, purity, healing and new life. It is a really pretty tree in any season with its white bark and graceful shape.

I decided to head back to Staverton as I had seen a few trees in the thicks that I wanted to photograph and I thought that the still conditions would be perfect for some shots across the ponds on the other side of the park.

My first shot today was taken looking across the ponds towards the row of silver birch trees that grow on the far bank. Although the light was fairly flat I chose a composition that emphasised some of the winter foliage and I actually quite liked the combination of browns and greys with a little hint of green poking through. This shot was taken at F14 with a 1/4 second exposure at 28mm. I used a 0.6 ND graduated filter and a polariser. 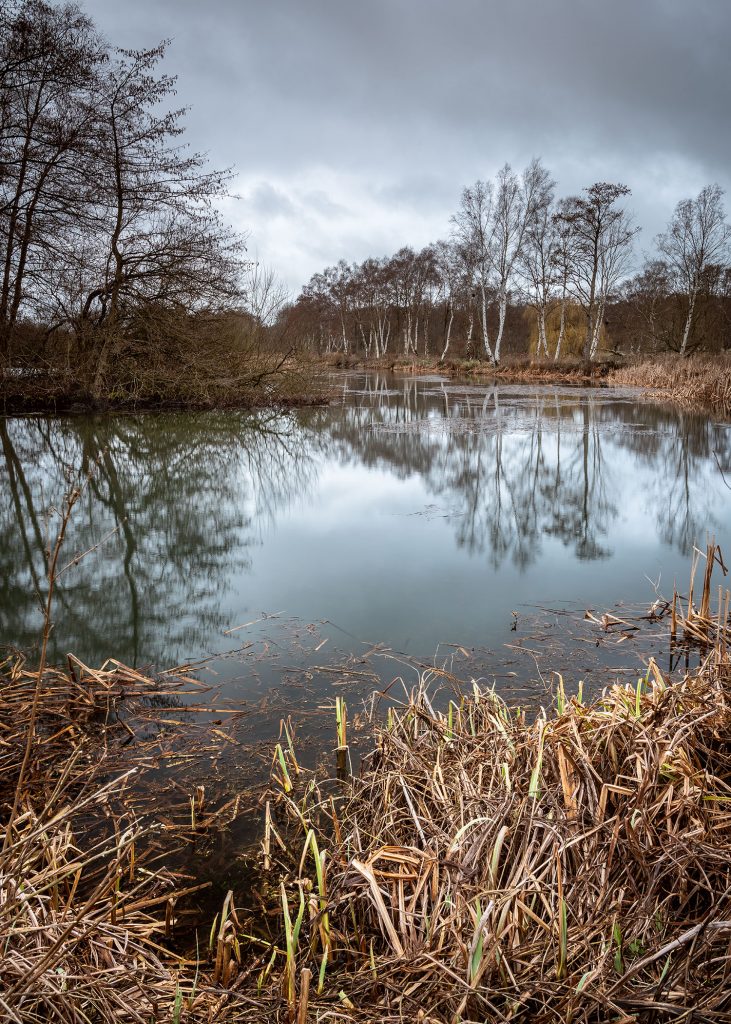 My second image was taken from the same location but this time I focused in on the trees trying to highlight their shapes and the reflections in the water. I also liked the dark clouds which seemed to form a frame around the trees, which I emphasised a little in post processing. This shot was taken at F14 with a 1/6 second exposure at 58mm. I used a 0.6 ND graduated filter and a polariser. 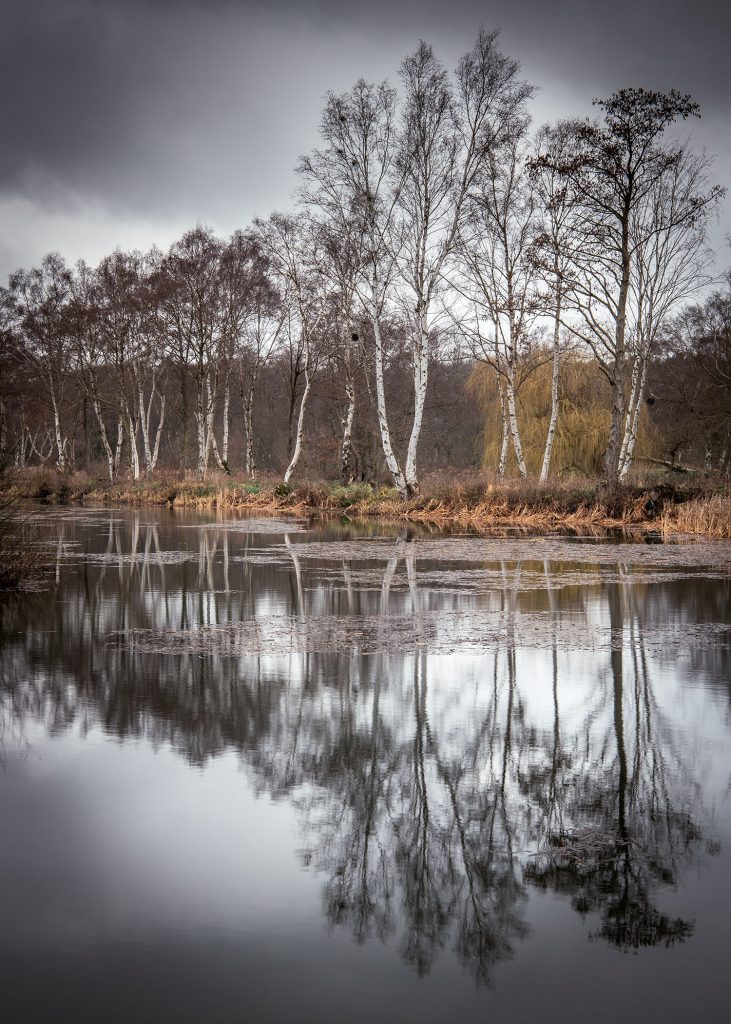 For my third shot I visited a tree in the park which I had noticed a while ago and had been meaning to photograph ever since. It is situated just inside the fence line so it wasn’t easy to get a good angle and I felt the composition was a little compromised. However this is such a stunning tree that it had to feature in my images for today. I have no idea how old it is but it is the biggest silver birch I have come across. I love the patterns on the bark and the way the lowest branch has twisted as its has grown. 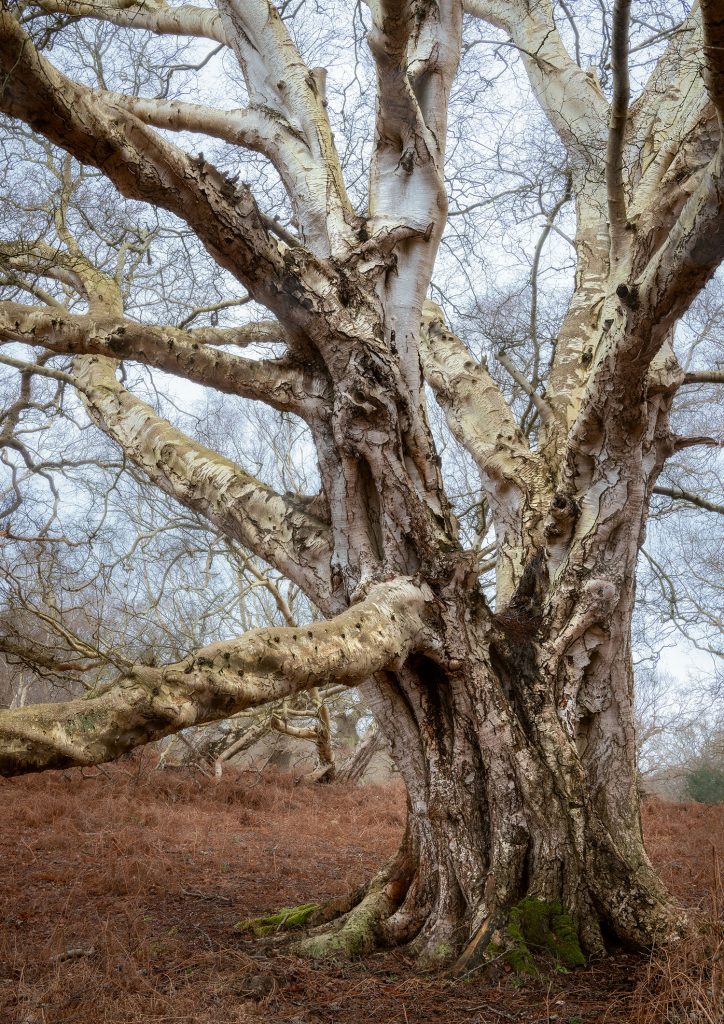 This shot was taken at F13 with a 1/6 second exposure. In post processing I reduced the clarity of the background to try and make the tree stand out a little from its surroundings.

My final image was taken in the Thicks and shows one of the silver birches that grow along the edge of the footpath. It is another characterful tree and I love its moss fringed root system. Despite being winter I was surprised how green the forest felt with the moss on the path and the holly canopy overhead. This image was shot at F14 with an exposure of 1/4 second at 48mm. I darkened some of the shadows in post processing and lightened the area at the end of the path to try and draw the eye into the image. I also reduced the clarity in the more distant parts of the image.

The whole purpose of today was to get outside and spend some time in nature. The fact that I came away with four images that I felt happy with was a bonus.

The trees of Staverton form the subject of my latest photography project which will be available as a book in 2022. Find out more here >>